Menu
| Furtherfield Art and Blockchain Resource - Furtherfield
What's On
Projects
Visit Us
Read, Watch & Listen
About Us
Get Involved
Search
About Us
Contact
Team
Community Directory
Partners
Press
Work With Us
Join The Discussion
Support Us
Close

At Furtherfield we have worked with decentralised network practices in arts and technology since we published our first webpages in 1996 – before the great centralisation – when the web thought it was already distributed and P2P. We took the spirit of punk and DIY in a more collaborative direction inspired by Free and Open Source Software methods and cultures, to build new platforms and art contexts with a playful Do It With Others (DIWO) ethos. We still connect with artists, techies, activists and thinkers from our base in Finsbury Park in North London, and internationally online. In 2015 Furtherfield launched the Art Data Money programme that sought to develop a commons for the arts in the network age.

Collected writings by Rhea Myers
2014 – Present
On blockchain geometries, accelerationist art, crypto and DAWCs, art for algorithms, and (Conceptual) Art, cryptocurrency and beyond.

DAOWO – The blockchain laboratory and debate series for reinventing the arts
Oct 2017 – Present
A temporary laboratory for the creation of a living blockchain art laboratory devised by Ruth Catlow and Ben Vickers in collaboration with Goethe Institut, London.

New World Order
2017 – 18
Artists envision a world made by machines, markets and natural processes, without states or other human institutions in an international touring exhibition curated by Furtherfield.

Jaya Klara Brekke: I saw the Blockchain at the End of The World, turned around, and walked back
2018
Written on the occasion of the New World Order group exhibition for PostScriptUM #31 Series published by Aksioma, edited by Janez Janša

Blockchain Art Commission*
2017
Clickmine by Sarah Friend is a hyperinflationary ERC-20 token that is minted by a clicking game.
A Furtherfield and NEoN Digital Arts Festival Co-commission

The Blockchain: Change Everything Forever
2016
A short film to stimulate cross sector debate around how emerging blockchain technologies change the social contract, directed by Pete Gomes

Role Play Your Way to Budgetary Blockchain Bliss
2016
Ruth Catlow and Ben Vickers brought the LARPing tradition to INC’s MoneyLab. Inviting participants to take on generic roles from the business cycle of start up tech companies trying to make the next big thing with the latest technological innovation.

Blockchain’s Potential in the Arts
2016
A gathering of organisations, academics and policy makers in arts and culture to explore blockchain’s potential. Convened by Ben Vickers and Ruth Catlow and hosted by the Austrian Cultural Forum, London.

The Human Face of Cryptoeconomies
2015
An exhibition curated by Futherfield to explore how might we produce, exchange and value things differently for a transformed artistic, economic and social future?

The Human Face of Cryptoeconomies

Émilie Brout and Maxime Marion exhibit ornamental Gold and Glitter created with ‘found’ internet GIFs and Nakamoto (The Proof) – a video documenting the artists’ attempt to produce a fake passport of the mysterious creator of Bitcoin, Satoshi Nakamoto. FaceCoin by Rhea Myers is an artwork that is also a machine for mining faces as proof of aesthetic work. His Shareable Readymades are iconic 3D printable artworks for an era of digital copying and sharing. The Museum of Contemporary Commodities by Paula Crutchlow and Dr Ian Cook treats everyday purchases as if they were our future heritage and Jennifer Lyn Morone™ Inc reclaims ownership of personal data by turning her entire being into a corporation. The Alternet by Sarah T Gold conceives of a way for us to determine with whom, and on what terms, we share our data and Shu Lea Cheang anticipates a future world where garlic is the new social currency.

The Blockchain: Change Everything Forever

The underpinning technology of digital currencies and smart contracts, the blockchain is reshaping concepts of value, trust, law and governance. This film sets out to diversify the people involved in its future by bringing together leading thinkers, computer scientists, entrepreneurs, artists and activists who discuss:

This 2-day start up tech hackathon compressed into 2 hours was aimed at creating Blockchain based businesses ideas that improve the life and future of cats. The workshop critically emulated the extravagant discourse and excitement surrounding the super-automation and hyperconnectivity that comes with blockchain and similar technologies, and the capacity of the technology stakeholders to both increase and diminish global inequity. Devised by Ben Vickers, Ruth Catlow for Institute of Network Cultures’ MoneyLab.

A self-owning forest with ideas of expansion, a self-replicating android flower, a cryptocurrency rig to mine human breath, a five minute marriage contract, a Hippocratic Oath for software developers; in an exhibition about living with blockchain technologies.

Artists investigate and test the possible consequences of blockchain technologies, and their capacity to embody divergent political ideas. They explore dramatic new conceptions of global governance and economy, that could permanently enrich or demote the role of humans. They portray a world in which responsibility for many aspects of life are transferred, permanently (for better or worse) from natural and social systems into a secure, networked, digital ledger of transactions, and computer-executed contracts.

Produced as part of the State Machines programme*

Artists Re:Thinking the Blockchain is the first book of its kind, intersecting artistic, speculative, conceptual and technical engagements with the the technology heralded as “the new internet”. The book features a range of newly commissioned essays, fictions, illustration and art documentation exploring what the blockchain should and could mean for our collective futures.

Artists Re:Thinking The Blockchain
Imagined as a future-artefact of a time before the blockchain changed the world, and a protocol by which a community of thinkers can transform what that future might be, Artists Re:Thinking The Blockchain acts as a gathering and focusing of contemporary ideas surrounding this still largely mythical technology. The full colour printed first edition includes DOCUMENTATION of artistic projects engaged in the blockchain, including key works Plantoid, Terra0 and Bittercoin, THEORISATION of key areas in the global blockchain conversation by writers such as Hito Steyerl, Rachel O’Dwyer, Rhea Myers, Ben Vickers and Holly Herndon, and NEW POETRY, ILLUSTRATION and SPECULATIVE FICTION by Theodorios Chiotis, Cecilia Wee, Juhee Hahm and many more. It is edited by Ruth Catlow, Marc Garrett, Nathan Jones and Sam Skinner.

Along with a print edition, Artists Re:Thinking the Blockchain includes a web-based project in partnership with Design Informatics at University of Edinburgh: Finbook is an interface where readers and bots can trade on the value of chapters included in the book. As such it imagines a new regime for cultural value under blockchain conditions.

This book and surrounding events is produced in collaboration between Torque and Furtherfield, connecting Furtherfield’s Art Data Money project with Torque’s experimental publishing programme. It is supported by an Arts Council England Grants for the Arts, Foundation for Art and Creative Technology and through the State Machines project by the Creative Europe Programme of the European Union.

The blockchain laboratory and debate series for reinventing the arts, 2017 – Present

This series brings together artists, musicians, technologists, engineers, and theorists to join forces in the interrogation and production of new blockchain technologies. The focus is to understand how blockchains might be used to enable a critical, sustainable and empowered culture, that transcends the emerging hazards and limitations of pure market speculation of cryptoeconomics.

Visit the DAOWO website to view video and pdf resources

Produced as part of the State Machines programme*

*State Machines: Art, Work and Identity in an Age of Planetary-Scale Computation

Focusing on how such technologies impact identity and citizenship, digital labour and finance, the project joins five experienced partners Aksioma (SI), Drugo More (HR), Furtherfield (UK), Institute of Network Cultures (NL) and NeMe (CY) together with a range of artists, curators, theorists and audiences. State Machines insists on the need for new forms of expression and new artistic practices to address the most urgent questions of our time, and seeks to educate and empower the digital subjects of today to become active, engaged, and effective digital citizens of tomorrow.

This project has been funded with the support from the European Commission. This communication reflects the views only of the author, and the Commission cannot be held responsible for any use which may be made of the information contained therein. 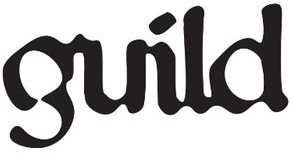 Radical Friends. DAO Summit for Decentralisation of Power and Resources in the Artworld